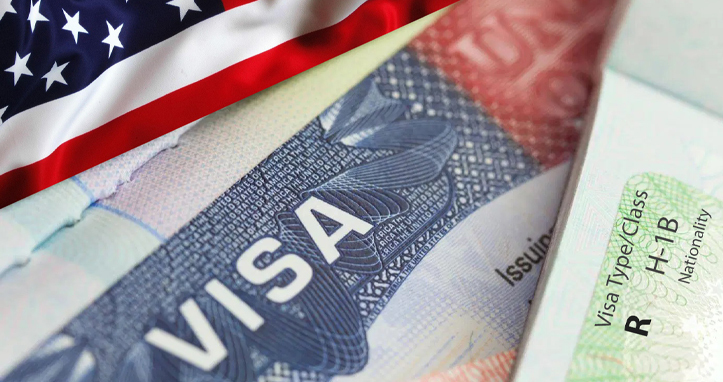 Here All You Probably Need To Know About The New Rule of H-1B Visa CAP!

There is a fiscal year annual number limit place on the number of foreign workers. Authorize for an initial grant of H1B visa status. Therefore, The annual cap offers 65,000 initial H1B visas. With an additional 20,000 H-1B visas reserved for foreign workers who have earned a master’s degree from U.S universities. Since the demand for H1B visas usually exceeds these numbers. Since, The selection of Cap subject H-1B applicants has historically been made through the random lottery process. The new rule seeks to replace the random selection system with a process. It gives priority to highly paid H-1B workers. With the best global immigration management service, you’ll be able to work in this process.

According to the new final rule, ‘’USCIS will rank and then select registrations’’ based on ‘’the highest corresponding Occupational Employment Statistics (OES) wage level that the offered wage. It will equal or exceed for the appropriate Standard Occupational Classification (SOC) code and areas of planned employment,’’. USCIS described that the new rule gave priority to those who have the highest wage in every occupational category. And geographic location, which may limit employers to effectively sponsor only the most highly paid H-1B workers.

USCIS declared that the ‘’final rule will not affect the order of selection as between the regular cap and the postgraduate diploma  exemption.’’ However, the H-1B rules will favour registrations for common wage levels 2, 3, and 4, at the expense of level 1 registration submissions. In particular, an employer offering a wage level 1 under the regular cap, and an employer offering a level 1 or 2 under the master degree exemption, may have a lower chance of selection as per the new rule.

In 2020 USCIS implemented a new electronic registration process for the H-1B CAP. Here, It is require that the beneficiary who is seeking to file an H-1B petition must hold a postgraduate diploma. After that, they need to register electronically & required to pay the associated $10 H-1B registration fees. The Procedure is simplify with the paperwork & data exchange as well as provide overall cost savings to employers who seek to file an H-1B CAP Petition.

About the New Rule

The rule clarifies that the selected wage level, as opposed to the offered salary amount, will be the controlling factor. If an employee might work in multiple locations, they may fall to the lowest level that proffered wage will equal or exceed for all areas of intended employment.

Since, DHS claims that the new wage-base H-1B selection process is profitable to achieve the administration’s goal of improving policies such that H-1B classification is more likely to be awards to petitioners seeking to employ higher-skill and higher-paid beneficiaries. Nevertheless, given the ongoing pandemic and economic downturn over the past several months, it remains to be seen whether market conditions can accommodate such a significant change at this time.  Now, it’s further delay till 14 Nov 2022.

Trump administration had imposed a ban on the entry of new H-1B visa holders which is going to expire on March 31, 2021. Biden has not yet decided on this ban. The Future course of H-1B CAP selection will be based on his decision over this ban.